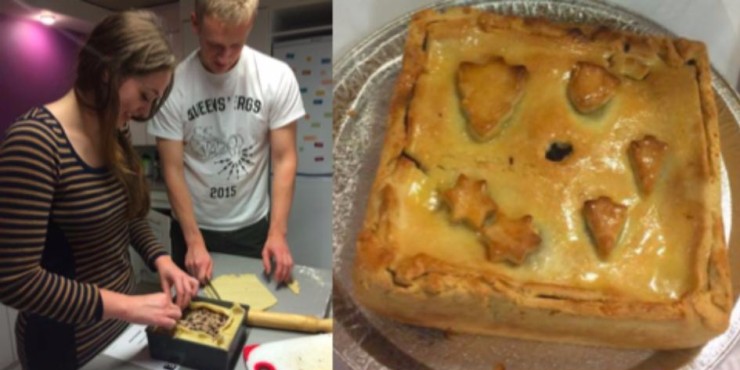 The first bite is rich with the unmistakable taste of Christmas: nutmeg, cinnamon, and a distinct essence of spiced citrus fruit. But an early modern mince pie, as presented in Robert May’s 1660 recipe, also contains less familiar ingredients, including copious amounts of minced meat, suet, and a curious ‘ounce of caraway-comfits’.[1] The latter, we discovered, were a type of early modern sweet created by layering sugar syrup on caraway seeds. The result was a hearty and distinct mix of sweet and savoury flavours.

How better to discover an early modern Christmas than through its food?!

[1] Robert May, The accomplisht cook, or, The art and mystery of cookery wherein the whole art is revealed in a more easie and perfect method than hath been publisht in any language (London: R.W. for Nath. Brooke, 1660), p.232.