Doing History in Public (DHP) has been a fully-functioning, up-and-running collaborative blog project for the best part of a year. Those of us who have been involved with it since the start wear the ‘blogger’ badge with pride and have found blogging to be an excellent medium with which to pursue thoughts on a variety of historical interests, from personal research to current affairs or digital humanities. Hence a recent social media training session for first year Arts and Humanities Research Council PhD students provided the perfect opportunity for members of the DHP team to try to enthuse new graduates about the use of social media in an academic context. It also ended up providing an occasion to reflect on an exciting year past and to plug a new re-launch for the blog!

First up we started with an ice-breaking exercise – a post-it note ‘Twitter-chat’. Tweeting without Twitter might seem like an odd way to introduce the social media theme but the aim was to get people to connect with a topic in the same fast-moving way and to provide a visual aid of the threads of thought which connect and respond to each other in a twitter-chat. In the anniversary year of the start of the ‘Great War’ both historians and non-historians alike have been drawn to the themes of remembrance and memorialisation, so we chose the topic of commemorating World War One and kicked off our ‘post-it chat’ with three pre-arranged starter questions. Is history always written by the winners? Does memorialisation risk glorifying war? And, how can we avoid presenting a euro-centric view of WW1?

Although the ‘tweets’ took a few moments to fully get going, when they did

the exercise drew some thought-provoking responses. “We need to be more open to the imperfection of memory. Memory is not history”, one ‘tweeter’ wrote. Others got fully into the hashtag mentality with their post-it tweets, “History is not written by winners any longer BUT by the internet #internetwins”. As with a real twitter-chat, the initial questions often provoked further ones, “How do we deal with the fact that many UK residents don’t relate to WW1 history?” And, of course, humour was utilised by some of the twitterers, and this concluding ‘tweet’ was suggested “Is this the last post or rather Reveille?”

Next up, ‘the king in the car park’.[1] An archaeological article on the discovery of the bones of King Richard III provided the ideal contrast with the modern historical topic covered in the earlier ‘twitter chat’ from which to explore the distinctions between academic writing and blogging. This is not to say that blogging cannot be done in an academic 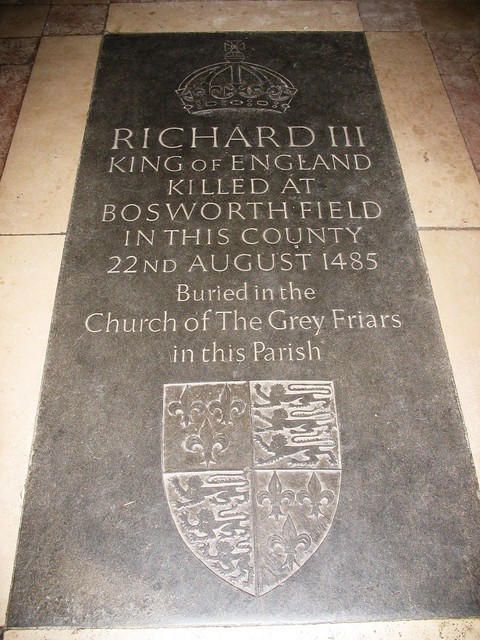 manner or with academic content but that, with a different style of writing and an altered audience, different literary restrictions and requirements are necessary. We asked the graduate historians to come up with titles, key phrases and tags which would appeal to the audience of a historical blog post and attract new blog readers. Humour seemed to play a significant role in responses, with titles suggested including “Long Stay Parking Lost to King”, “Reserved for Rex” and “Royal Privilege: King Parks for Centuries Without a Fee”. However, whilst humorous headline-style titles were seen as the best way to catch a reader’s eye, it was agreed that the content in the main post did not need to compromise academic values. Instead, writing concise journalistic-style articles can help to train new skills which it could even be valuable to then take back into academic writing.

In a greatly restricted, competitive and ever-changing funding environment for historical research, being able to competently exploit a variety of social media channels and disseminate work to a wider audience is surely of the utmost importance. Hopefully, by explaining what Doing History in Public has been doing so far and trying to encourage others to get involved, both in editorial or contributing roles, the project will be able to continue to cross the boundary between academia and public history. And that is why today, 2nd December 2014, we are re-launching as a collaborative blog not only for Cambridge historians, but for anyone and everyone who wants to take part. If you are interested in writing for us get in touch and we look forward to what the next year will bring!