For the last six months I’ve been recommending this sensational biography to anyone who came near me. Actor and historian Ian Kelly (better known for his Casanova biography than his performance as Hermione Granger’s father in The Deathly Hallows Part 1) reanimates the astonishing life of Samuel Foote in this tour de force . While most biographies of the Georgian period seem either to rehash of the lives of well known figures like Johnson and Garrick, or dredge the depths of insignificant lives to write something novel, in Foote Kelly finds the rarity of one of the most famous faces of his day who has since been almost entirely forgotten. Arguably the inventor of modern comedy and stand-up, Foote’s success was based almost entirely on his genius for mimicry and so died with him. Kelly charts Foote’s life from his expulsion from Oxford to his ignominious death, the scandal of sodomitical assault hanging over one of London’s best known faces. The many acts of Foote’s life feature the debtor’s prison where he wrote his first bestseller on the recent murder of his uncle by his other uncle, experiencing the birth of modern theatre in the first acting schools, debauchery with the heir to the throne, climaxing with a visit to the world of early modern surgery and prosthetics along the way meeting royalty and stars of the worlds of theatre, philosophy and politics along the way. Kelly’s masterful storytelling (a skill he has leant in  adapting it into a hit west end play starring Simon Callow in Foote’s own theatre) is combined with a genuine and earnest attempt to get into the mind of Foote using previously untapped archival material. This book then is not just a ripping yarn unlike anything you’ll have read before, you accidentally come away having learned more about the theatrical, criminal, and social world of Georgian London than you thought possible. A treat for the amateur and professional historian alike – Alex Wakelam @A_Wakelam. 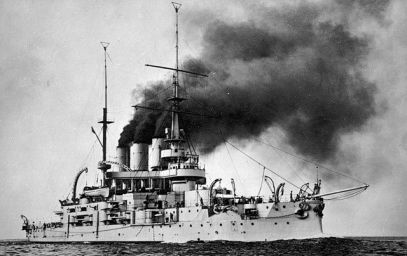 First recommended to me during my A-levels by a history teacher at my school (thank you Mr Leatherbarrow), this has remained one of my favourite books of all time. Bascomb has an indisputable gift for story-telling; this book is gripping from start to finish. The mutiny on the Battleship Potemkin in 1905 does of course lend itself well to telling a rip-roaring tale. The famous rotting meat served aboard the ship is a metaphorical gift for anyone examining the collapse of the Tsarist regime in Russia, whilst the actions of the 600 or so mutineers in the Russian navy provided plenty of scope for heroism, betrayal, and terrible violence. But this isn’t just a gratuitous tale. It’s a carefully researched and scholarly work, that makes a strong argument for the importance of this event for understanding the Russian Revolution. Some might object that Bascomb perhaps uses a little creative license, literally putting words into the mouths of people in the past. Their words have not be selected lightly, however, and the opinions they express are based on scholarship. It is testament to the power of Bascomb’s writing that his persuasiveness lies not in the rhetorical impact of his argument, but in the way he tells the story. A sure fire way to spark a life-long interest in history – Carys Brown @HistoryCarys.

If you’re looking for a historian who combines rigorous and original archival research with a knack for accessible and engaging storytelling, William Dalrymple is a contemporary master, and his account of the Indian Rebellion focusing on events in the city of Delhi is gripping, harrowing, and heartbreaking. Dalrymple brings nineteenth-century Delhi to life through vivid description, and in particular paints a picture of the rich and vibrant life within the Red Fort of the last Mughal emperor by utilizing Urdu sources, allowing for a sympathetic reading absent in the British record. Interweaving the personal stories of a host of characters both British and Mughal, Dalrymple skilfully conveys the claustrophobia, panic, and tragic loss of life and culture which the Rebellion brought to Delhi, and offers us an interpretation which looks beyond a straightforward dichotomy between British and Indian. An excellent read for anyone, whether they know about the Rebellion and its legacy or not – Tom Smith.

Sunil Amrith, Crossing the Bay of Bengal: The Furies of Nature and the Fortunes of Migrants, Cambridge, MA, and London: Harvard University Press, 2013

Sunil Amrith’s Crossing the Bay of Bengal has become, so to speak, my historical bible. Reading this book for a reading group on world history*, I’ve found myself perpetually referring back to this seminal text as an ideal – this is the kind of history I want (or hope) to write. Taking as premise the geographical unit of the Bay of Bengal, this long arc of immense diversity that stretches from Sri Lanka, up southeastern India, passed Bangladesh, Myanmar, Thailand, Malaysia, and finally the Indonesian island of Sumatra is the main object of study. To illustrate the political importance of this momentous bay, a quarter of the world’s population live along its shores. Despite this, historians have so very often split up the Bay of Bengal according to nations and cultures, refusing to see a larger, more global perspective. The Bay of Bengal, as shown by Amrith, has seen such intense migration of people, trade, ideas, and cultures according to the ebb and flows of the Monsoon and changing environments – it is impressively global and yet had remained so inconsequential. At a more fundamental level, this is not simply a project of regional migration but on what this very migration hinges: nature. This is a history of the consequences of high tides, cyclones, and rainfall on people and their own impact on this large ecosystem. What a tremendous text in both its scope and execution text. Crossing the Bay of Bengal is a pioneering and original book which has left me with such excitement for the possibilities of history and historians in the near future – Louise Moschetta @LouiseMoschetta.
*World history has a myriad of meanings and definitions, almost perpetually contested. But if I had to sum it up in a few words, however contentious, they would be: histories of places, movements, and ideas that are not limited geographically to national borders. Critics may come.

George Rudé, The Crowd in History: A Study of Popular Disturbances in France and England, 1730-1848, London: Lawrence and Wishart, 1981.

“Crowds are somewhat like the sphinx of ancient fable: It is necessary to arrive at a solution of the problems offered by their psychology or to resign ourselves to being devoured by them.” French sociologist Gustave Le Bon, writing at the fin de siécle, is perhaps most responsible for the popular-psychological truism of ‘the Crowd’ as pathologically destructive and contagiously insane. This cliché of mob mentality remains influential, colouring perceptions of popular action even into the twenty-first century (recall, for instance, contemporary commentary during the London riots of 2011). However, the historical discipline has produced compelling ideas of it’s own. The Crowd in History, often regarded as the magnum opus of British Marxist historian George Rudé (1910-1993), bestows the crucial element of human agency unto the unruly crowd. Exploring disturbances as diverse as the crowd in the French revolution of 1789, to the English ‘Church and King’ mobs of the 1790s, prejudiced perceptions are challenged, with the crowd established “as a living and many-sided historical phenomenon” with behaviours, motives and beliefs that are entirely specific to each instance – James Dowsett.