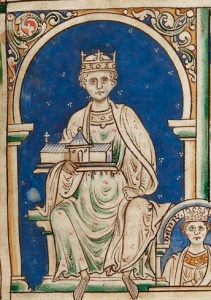 The testimony of Former FBI Director James Comey before the Senate Intelligence Committee was a highly anticipated moment of political drama. There were many stand-out moments. But as a medievalist, it was particularly interesting to hear Comey and one of his interlocutors compare President Trump to King Henry II of England. So why was a medieval English king invoked in a modern American congressional hearing? And does the comparison provide any insight into what might happen next?

Comey’s testimony was expected to be damaging to President Trump, and perhaps even support the case for impeachment. In particular, any suggestion that Trump had tried to suppress the FBI investigation into Michael Flynn, his former National Security Advisor, might be seen as obstruction of justice; a crime widely regarded as grounds for impeachment.

As a result, Comey’s account of the conversation in which he alleges Trump leant on him to drop that very investigation was hotly contested evidence in the congressional hearing. In his written statement, Comey reported that Trump had said: “I hope you can see your way clear to letting this go, to letting Flynn go. He is a good guy. I hope you can let this go.”

Republican Senator James Risch dissected this passage, emphasising that Trump had not explicitly ordered that the investigation be dropped, and pointedly asking Comey: “Do you know of any case where a person has been charged for obstruction of justice, or for that matter of any other criminal offence, where they said or thought they hoped for an outcome?” Comey did not. The evidence for obstruction of justice appeared weakened.

But then later in the hearing, the independent senator Angus King returned to this evidence, and took Comey’s side:

King: In terms of his comments to you … – “I hope you will hold back on that” – but when a president of the United States in the Oval Office says something like “I hope” or “I suggest” or “Would you” do you take that as a directive?

Comey: Yes. Yes, it rings in my ears, kind of “Will no one rid me of this meddlesome priest?”

King: I was just going to quote that as well. In 1170, December 29, Henry II said: “Who will rid me of this meddlesome priest.” And then the next day he was killed. It’s exactly the same situation.

The priest in question is Thomas Becket, the twelfth-century archbishop of Canterbury; famously murdered in his own cathedral by four knights who thought they were acting on the king’s behalf. The line, “Will no one rid me of this meddlesome priest?” is just one of a number of versions recounted by contemporaries. But all agreed that Henry II had expressed his frustration in a way that invited action from his loyal supporters. Comey’s point was clear: however indirect Trump’s words, his presidential status and the circumstances of the conversation meant that they amounted to a directive. Greater authority comes with the need for greater prudence.

Henry II conceded this point, accepting that his words spoken in anger had brought about the archbishop’s murder. In penitence for this, the king travelled to Becket’s tomb and had himself publicly scourged. At the same time, however, he vigorously defended himself against the charge that he had commissioned Becket’s assassination. Before the papal legates Albert and Theodinus, Henry swore on the Gospels that he had ‘neither ordered nor willed that the same archbishop be killed’.[1] Ultimately, Henry II’s reputation and authority were preserved because he successfully projected both repentance and innocence.

Will Trump similarly succeed in retaining power? Comey’s invocation of Henry II has already attracted commentary from some media outlets, with divided opinion as to its pertinence.[2] Looking ahead, the comparison between the medieval king and the modern president is unlikely to bear out. The equivalent response to Henry II would be an admission from Trump that his dealings with Comey were imprudent, while maintaining that he did not seek to obstruct any FBI investigations. His response thus far – perhaps unsurprisingly – has been to claim vindication and accuse Comey of lying. Time will tell whether Trump’s own strategy will prevent or accelerate his downfall.