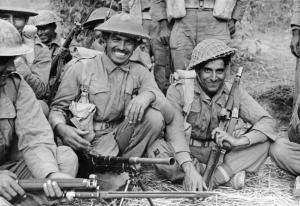 The demobilisation of soldiers has always been fraught with questions regarding jobs, re-skilling, pensions, rehabilitation and transition into peace time society. Such challenges were particularly pronounced at the apexes of the First and Second World Wars due to the sheer scale of demobilisation. After the First World War, soldiers were issued with army demobilisation papers which typically included a Soldier’s Demobilisation Account, a Protection Certificate, a Certificate of Identity, a Certificate of Employment during the War and Certificate of discharge, transfer, disembodiment or demobilisation. Their purpose was to ensure “an orderly departure from the army”, to function as legal identification and to provide a basic employment reference. There were numerous debates around the future role and wellbeing of soldiers, debates which are still potent today. A illustrated booklet from 1917 asserted that “a long view must be taken unless a vast number of these men are for the rest of their lives to sigh for what might have been, and the whole community is to lose for the greater part of one generation a valuable quota of “output,” to use that word in a broader than the strictly industrial sense”.

Various training schemes also operated in the colonies. This was in part an attempt to assuage discontent about British treatment of loyal subjects of empire, like demobilized Black South African Soldiers after WW2 whose service did not grant them better status in apartheid South Africa as they had hoped.[1] In colonial India, demobilisation was accompanied by the land grants and annual incomes, which varied depending on soldiers and regions. By 1945, however, the limitations of demobilisation became clear. Anirudh Deshpande has identified the practice of voluntary recruitment and the illiteracy of a large number of recruits as major problems confronting demobilisation at the end of the Second World War. Moreover, grievances regarding allowances, travelling, the colour bar, promotion and pay disparities particularly in the Navy made their presence felt.[2] Proposed solutions for tackling such disillusionments included re-skilling and vocational training.

A vocational training scheme for useful professions was proposed for demobilised soldiers in Punjab after the Second World War. In correspondence with teaching institutions, the Department for Industries, Punjab wrote that the “government of India is now considering the schemes with a view to providing facilities for technical and vocational training of demobilised soldiers”.[3] The department asked for various institutions, including the Mayo College of Arts in Lahore, to provide information about the vocation of the training institution, types of training provided, approximate number of demobilised service personnel that could be trained and whether hostel accommodation was available within three days of the request.[4]

The Mayo School offered courses on woodwork, iron work, coppersmithy, jewellery and commercial painting. Such opportunities for training gave soldiers opportunities in sectors that may not have been available to them before the war. However, the Mayo School Principal, Mohammed Hussain, and the Director of Vocational Training differed about what constituted appropriate or worthwhile training. The director advocated for an alternative syllabus to be designed for the training of Commercial Artists.[5] This exchange suggests an ongoing exploitation of colonial manpower whereby only certain training was deemed valuable in service to the imperial government and begs further questions about the kind of opportunities that demobilised army personal were offered. The Department of Industries had envisaged that “every ex-service man receiving further education will be given a stipend which will be sufficient to cover expenditure on fees, maintenance and books and equipment”.[6] However, the scheme, as a sustainable peacetime solution, was neither equitable nor fair. Those without any attachments or with better financial prospects could afford to take up these chances for education and re-skilling whereas ex-soldiers with families to maintain relied upon other, often paltry means such as pensions and resettlement. These kinds of questions and the schemes that are proposed for ex-soldiers resonate globally in our contemporary moment as well. But they take on an even keener edge when accounting for the undervalued role of colonial soldiers as subjects of empire.

Image: An Indian infantry section of the 2nd Battalion in Burma, 1944, work created by the United Kingdom Government is in the public domain.

[2] Anirudh Deshpande. (1996). “Hopes and disillusionment: Recruitment, demobilisation and the emergence of discontent in the Indian armed forces after the Second World War,” The Indian Economic & Social History Review, 33:2, 195 & 203.