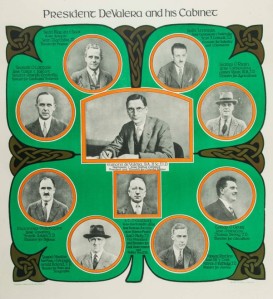 For the past one hundred years, Irish parliamentary politics has been dominated by two political parties, Fianna Fáil and Fine Gael. This is now no longer the case. Ireland’s recent general election saw the left wing party Sinn Féin emerge as the third ‘big party’ in Irish politics, gaining more first preference votes than either Fianna Fáil or Fine Gael (both centre right).  Witnessing the frustrations of an electorate faced with a housing crisis and overcrowded hospitals during a period of alleged economic recovery, pundits and politicians alike identified a thirst for change. The election has produced a complicated political  landscape, in which no single party has enough seats to form a majority.  Weeks if not months of coalition talks are now likely. And whilst many are more focused on the future than the past, these three parties share a complicated, overlapping history. This shared past may still impact upon their ability to form a government together.

The ideological similarities between Fianna Fáil and Fine Gael have long been remarked upon. Moreover, for the past four years, Fine Gael’s minority government has been supported by Fianna Fáil in a confidence and supply agreement, further blurring the lines between these two centre right parties. It is the history of these two parties, rather than their ideologies, which fundamentally separates them.

The three biggest political parties in Ireland all trace their lineage to the first iterations of Sinn Féin. The party began as a relatively obscure group founded by Arthur Griffith in 1904, which sought political autonomy for Ireland in the form of a dual monarchy. Sinn Féin gained popularity and notoriety following the 1916 Easter Rising, which was mistakenly dubbed the ‘Sinn Féin rising’ by the British Press. The party subsequently became the political wing of the Provisional Irish Republican Army during the War of Independence. In the 1918 general election, it won 47% of the vote.

However, Sinn Féin and the Irish independence movement splintered during the Civil War (1922-23). The war was fought over the terms of the Anglo-Irish Treaty, which had brought to an end the War of Independence (1919-21). People like Michael Collins and Arthur Griffith supported the Treaty, whereas leaders like Eamon DeValera and Constance Markievicz were opposed. The civil war was eventually won by pro-treaty forces. It was a bitterly fought conflict which divided friends and families, leaving an embattled political landscape in its wake. In the years after the civil war, the supporters of the Treaty formed Fine Gael, and its opponents formed Fianna Fáil.

Cumann na nGeadhal was the political body of the pro-treaty forces and the first party to govern in the Irish Free State, remaining in power until 1933. Sinn Féin became the political home for the Treaty’s opponents, who abstained from taking their seats in the Free State parliament. However, DeValera became frustrated with Sinn Féin’s abstentionist policy. He and many other members of Sinn Féin left the party to found Fianna Fáil in 1926, framing it as a republican party that would take its seats in the Dáil  (the Irish parliament). Fianna Fáil went on to become the most successful political party in Irish history, entering government in 1932 and remaining in power for the next sixteen years. The ease of their victory was not taken for granted. Some Fianna Fáil TDs (members of Parliament) famously had ‘revolvers in their pockets’ on their first day in government, fearing a coup d’état. In the event, Cumann na nGeadhal relinquished power peacefully.

Fine Gael was founded in 1933, when Cumann na nGeadheal merged with the National Centre Party, a party promoting the interests of rural Ireland, and an Irish fascist organisation known as the Blueshirts. The nickname ‘blueshirts’ is still used to describe members of Fine Gael. 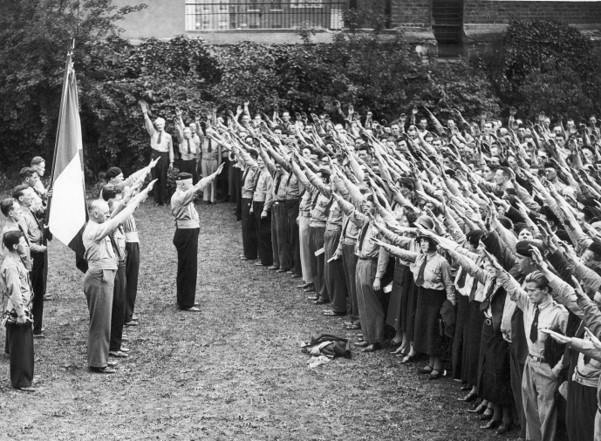 DeValera’s departure severely weakened Sinn Féin, and it fell into relative obscurity and infighting. During the troubles which erupted in northern Ireland during the second half of the twentieth century, the party was essentially the political wing of the provisional IRA. Over the last twenty years, leaders like Martin McGuinness and Gerry Adams have been  instrumental in steering the party  – and indeed the whole republican movement – away from violence and towards peace. Yet questions remain, especially regarding Adams’s involvement with the IRA and the murder of Jean McConville.  Even in this latest election, the party’s ambivalent response to the 2007 murder of Paul Quinn dominated the last few days of the campaign. Yet Sinn Féin’s resounding success at the polls  suggests that this recent history is not necessarily the electorate’s primary concern. This may be due to the fact that Sinn Féin’s new leadership, particularly the party President Mary Lou McDonald, is less tainted with the violence of the Troubles.

Perhaps this latest election suggests that the Republic of Ireland’s voters care less about the past than the present or future. Ireland’s political parties are being judged on their present policies rather than their ancestors, be they from a century or a decade ago. However, the parties themselves still care deeply about their past, whether it be the civil war or the more recent Troubles. Fianna Fáil and Fine Gael still bristle at the idea of forming a coalition government. Sinn Féin’s exuberance at their electoral success was characterised by outbursts republican songs. One newly elected TD gave a speech linking his victory to that of the IRA member, Sinn Féin MP, and hunger striker Bobby Sands, and concluded  by exclaiming ‘up the RA!’ (a pro-IRA slogan). Sinn Féin may be seen as a party in transition, moving from a violent, unconstitutional past into a parliamentary present, not unlike Fianna Fáil when they were first founded almost a century ago.